We we’re contacted at the end of the working day last Friday by Beta Technology who informed us they were unable to lock up due to a damaged window, we responded that same day to resolve the issue. 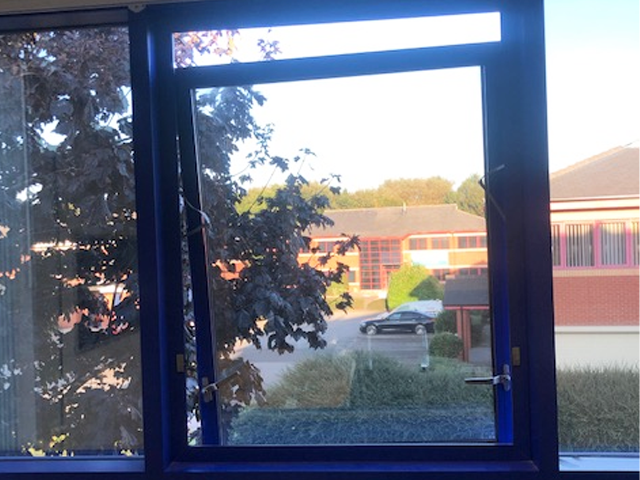 As you can see in the image provided, bends in the mechanism had caused the window to hang low off its own frame. The damage made it impossible to shut normally, meaning that Beta were unable to carry out a full lock up in time for the weekend.

Beta’s account manager John Hope was on site as soon as possible, managing to work out a temporary fix for the badly damaged windows.

The mechanisms themselves were too damaged for an immediate solution to be implemented then, but the Rejus team was able to force the window shut, secure the mechanisms, and lock the window.

The operation took just under two hours from when Rejus were first contacted, and a permanent solution to fix the windows was planned that same day.

To learn more about our Facilities Management services click here.